Satellite television evolved, transforming the old systems that were mere signal receivers into something similar to the computers we know today. Millions of them are connected to Internet and are unsafe. This talk will show analysis of this systems and how to perform step by step attacks.

[Learn about the enemy]

KrCERT/CC, a security center from South Korea analyzes and profiles thousands of hacking and cyberterrorism incidents per year, most of them originated from abroad: government agencies, media, critical infrastructure and the financial sector among others. It is suspected that North Korea is behind such attacks. Several of their hacking methods will be shown.

Moonbeom Park is a researcher fellow in KrCERT/CC with 8 years experience on analysis and classification of incidents. Lately he has studied North Korean cyber-groups.

MPLS is undoubtedly the service provision more prevalent among large companies to build and deliver value-added highly scalable services, however it has been unexplored by the security community and has been very little research in this area. Explanations of attacks and weaknesses found in a number of leading vendors will be given.

Good general recommendations and, where applicable, specific vendor recommendations to reduce the attack surface of an MPLS network practices will be presented to end the talk.

Georgi is a security researcher at MWR InfoSecurity in the UK whose interest lies in finding computer errors, reverse engineering and network protocols .

Based on a report by several computer security figures in Argentina, the talk will discuss how  the electronic voting implemented this year can circumvented. Remote destruction of ballots will be demonstrated, it will be shown how to add more than one vote by ballot, the whole system operation, and the talk will discuss the electronic voting in general.

Javier Smaldone is a programmer and system administrator. He has been developer of free software for more than 15 years.

WiFi networks security mechanisms as we know them, are not strongly secure. It is known that some of them can be broken in seconds. But what happens when a network is out of range to be attacked? The talk focuses on the development of a software module and a methodology for penetration testing in security perimeters using unconventional mobile devices (drones, robots, remote control prototypes, etc.) that can facilitate access to the physical environment of a wireless network.

Sheila Bertha, self-taught programmer since she was 12 years old, wrote his first book on web application security vulnerabilities at age 15 she and she has reported vulnerabilities to major companies such as Facebook, LinkedIn, Hotmail, WordPress, among others. She has given training in well known events such as as OWASP Latam Tour.

Creating a very particular search engine, called NetDB "The Network Database Project", the speakers will show us how to perform the incorporation for future searches of all types of devices that are connected to the Internet, from simple computers, industrial devices, cameras, printers, wind turbines to medical equipment. The idea, among other things, is to focus on medical devices to create some awareness about the importance of protecting public Internet infrastructure.

James Jara is a software developer, a security researcher and web developer. 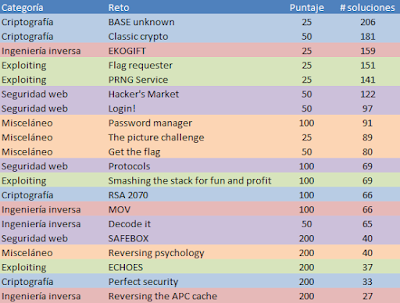 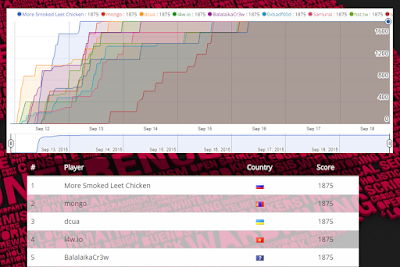